Girls are better off at single-sex schools 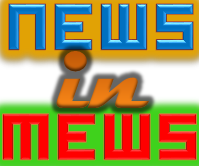 HT-Teens: Girls are better off at single-sex schools
When it comes to academic performance, girls studying in single sex schools are better off than their co-ed counterparts, according to a study. The analysis of the GCSE scores of more than 700,000 girls taught in the state sector revealed that those at girls'' schools consistently made more progress than those in co-ed secondaries.
Away from the distraction of boys, and free to excel in science and maths, girls in single-sex schools were more likely thrive than those in co-ed schools.
During the study, conducted on behalf of the Good Schools Guide, the researchers examined the "contextually value added" scores for every girl who took GCSEs in the state sector between 2005 and 2007. 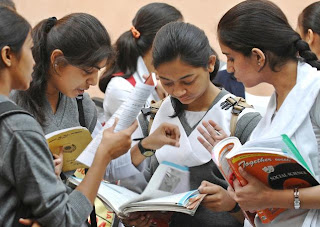 Over the period, the researchers found all the girls studying in girls-only school did better than predicted, while those in mixed-sex schools 20pct did worse than expected.
"A lot of parents will look at the benefits of co-ed schools, like the fact that girls and boys are educated side-by-side preparing them for the world of work and life," the Guardian quoted Janette Wallis, editor of the Good Schools Guide, as saying.
"But to disregard this evidence would be a mistake. We never expected to see such a difference," she added.
Wallis said that the effect could be down to girls working better without boys "distracting" them, but acknowledged the fact that educationally aspirant parents could seek out girls-only schools, which could also make a difference.
The study suggests that pupils who are struggling academically when they start secondary school reap greater benefits from girls-only schooling.
"It is very interesting that girls seem to be making more progress at single-sex schools. It does support a body of research evidence that girls do better in single-sex environments," said Alice Sullivan, a researcher at the Institute of Education, University of London, and a specialist in single-sex schooling.
However, some of the experts said that the research was more conflicting.
"We know across the piece that the main variables relating to exam success are pupil characteristics, social background and quality of teacher," said Alan Smithers, director of education at Buckingham University.
"There is very little space for gender in the classroom to make a difference. Where it apparently has an effect it relates to other factors, such as the aspirations of the parents who want their daughter educated in a single-sex school. But if this is true it will change our understanding," he added.
Sue Dunford, headteacher of Southfield School for Girls in Kettering, said: "It's a question of confidence in the way girls develop. It''s cool to be very good at anything in a girls school - maths, sciences or physics. No one will ask why you're doing a boys'' subject. Girls who lack confidence can thrive more in girls-only schools. We don''t have boys competing and distracting, so girls can really go for it."